If you are part of a book club The Hidden Prince, I have a lovely free gift for you. This gorgeous digital asset includes a Q&A with Tessa, discussion questions, historical notes about Cyrus’s early life, the ancient recipe for a tasty lamb and quince stew, and modern Persian recipes for Risnatu and strained yogurt.

Biblical fiction is a novel whose main character is a real person in the Bible, and some of the plot focuses on actual events that took place in Scripture.

Historical fiction set in biblical times, on the other hand, features a fictional central character and a fictitious plot which takes place in a biblical setting. 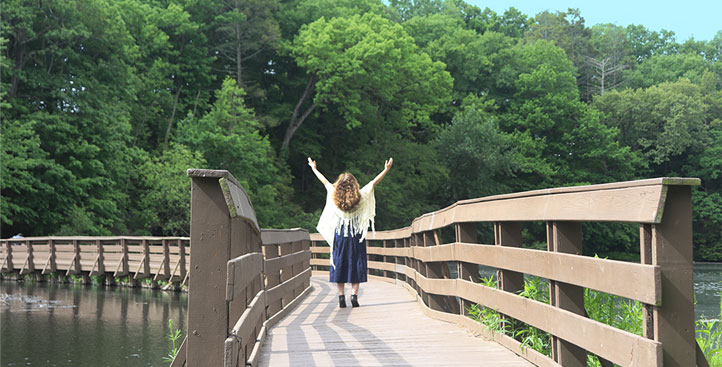 I was born in the land of Cyrus, Darius, Nehemiah, and Esther. My family were nominal Muslims. My parents believed in being conscientious, law-abiding citizens. But they did not adhere to the basic pillars of Islam such as praying five times a day or fasting during Ramadan. My mother did not wear a veil or observe hijab.

When I was almost fourteen years old, my parents divorced, and my mother, sister, and I moved to England. Moving to a different country is jarring. Overnight, I lost my friends, my home, my family, and my beloved father, who remained in the Middle East. I even lost my language. Suddenly, I became an outsider.

I began to attend Princess Helena College, a boarding school for girls in Hertfordshire (pronounced Heart-ford-share), where I studied Jane Austen and Shakespeare and Charlotte Bronte. I was in love!

Although not faith-based, our school was very traditional, and weekly church attendance was required. Those of us from different faith backgrounds were told to sit in the balcony section of the village church during Sunday services, and read our own religious books. I decided this was an unrealistic requirement. The Quran is written in Arabic, and being a Persian speaker, I couldn’t understand it. (A translation is not considered beneficial from a faith perspective.) Trying to be compliant, I made a compromise.

I read in church—romance novels!
Suffice it to say that I learned some things about love, but it wasn’t exactly what Jesus had in mind.

I moved to the US to go to college, and except for a year when I moved back to England, this has been my home and a blessing from God. Having lived in the Christian West all those years, it is interesting that I never heard the Gospel until I was twenty-six years old. Perhaps people did not want to intrude or offend. Perhaps they just did not know how to approach me.

When I turned twenty-five, I went through a devastating experience. It made me feel like an utter failure. I lost hope for a happy future. Until that moment, I had believed that my own striving and achievement and strength could carry me through life and lead me to happiness. Now, I hit a wall I could not overcome. I felt like I was drowning with no way out. I looked for answers and found none. It was during this time of profound shattering that I had a dream of Jesus.

In my dream, I was by the Sea of Galilee. A man started walking toward me from a distance, and I knew he was Jesus. Having never read the Bible, my only experience of Jesus had been through films I had seen during Easter and Christmas as a schoolgirl. In those movies, Jesus was very handsome in a movie star kind of way. Not the Jesus of my dream! He was homely. It was not until months later that I would read in Isaiah that the Messiah would not be much to look at.

Sadly, my first response to the Son of God was disappointment. This was Jesus? God couldn’t do any better for His Son? Of course, God does not measure beauty by the outward appearance of a person, a lesson I would learn in time.

Hot on the feet of my initial disappointment, however, was a speechless astonishment, for in His eyes I saw reflected the power that created the stars mingled with the love that led Him to the Cross.

It almost brought me to my knees, the look in His beloved eyes. That melting tenderness, that uncompromising compassion.

Oh, my dears, when you look into His eyes, you will forget your sorrows and fears.

Perhaps the most miraculous part of this dream was that I knew who He was. I mean I was aware of the fullness of His identity. I knew that this man was the Son of God, and worthy of my trust. Every word he spoke could be relied on. Every promise He made would come to pass. When He asked me to follow Him, I did, without reservation.

I didn’t wake up from my dream a Christian; I still didn’t know the Gospel. I did not realize I had to repent and give the full control of my life to the Lord. But I suspect that dream encounter broke through a stronghold. It was a crucial exchange that somehow opened the doors to my subsequent conversion.

Within months of my dream, Christians began to invite me to church, to Bible studies, to dinner, to parties, to conferences. These crazy people never stopped showing me the love of God! That is when my life changed. I saw Jesus displayed in His people. And then, I fell in love with Him. I haven’t stopped since!

It’s my turn to display Him now, with my life, with my writing, with my choices. I pray you will meet Him in a lasting way through the pages of my books.